This is a translation of my previous blog. I should have written this in English from the first place, but later is better than never, so here it is.

Professor Emeritus Hisashi Kobayashi of Princeton University wrote a blog and urged Japanese to be more global. In the article, he mentioned a book titled Cartels of the Minds: Japan's Intellectual Closed Shop by Ivan Hall. It was published in 1998, but his arguments in the book seem to be still valid today. Ivan Hall is an American journalist, diplomat, and university professor who spent more than 30 years in Japan. According to him, there is "cartel of mind" in the Japanese society that expels foreigners, especially among intellectual groups such as lawyers, journalism, and higher education.

I read this book and was shocked. I worked for one of the most globalized companies, IBM, for more than 25 years and now I am with a Japanese manufacturer 80% of whose revenue is from abroad. Still, I have experienced, and am still experiencing the similar closedness around me. I have to admit that I myself sometimes find me avoiding English communication simply because it feels troublesome to use a non-native language.

Regardless we like or not, the world has become more global. Our daily life is not possible without the complex global supply chains of foods, materials, and products. We are all dependent on the activities of people in many areas of the world. They are already stakeholders of our lives. It is natural that these stakeholders have interests and concerns in Japan. Therefore, we have to be more open to discuss with them.

What's the root cause?

What's the root cause of our closedness? Firstly there is a language barrier. We all know that English is the de facto global language so we have to speak English if we do our business globally. Unfortunately Japanese is one of the least English-capable groups in the world. Prof. Kobayashi points out that the average TOEFL score of Japanese students is the lowest among 27 Asian countries. According to 2008 TOEIC Newsletter, the average TOEIC score of Japanese businessmen is 456 points. In contrast, big Korean enterprises, such as Hyundai and LG Electronics are said to require their applicants to have at least 800 points. Certainly, our lack of English proficiency is an issue.

Speaking English is a challenge for many Japanese people, including myself. I may speak English better than average Japanese, but even for me speaking in English is a much more energy-consuming task than speaking in my native language, Japanese. For example, I cannot tell the difference between the sounds of "r" and "l." "Right" and "light," or "ray" and "lay" sound exactly the same to my ears. All I can do is to deduce the right words from the context, and this deduction has to be carried out while I am also concentrating on the topic of the discussion at hand. This is a significant handicap that I have to overcome in business meetings in English.

One of my young colleagues lately raised a question on why managers are reluctant to involve various stakeholders from the beginning of a discussion. He observes that managers are afraid of diversified ideas because having these ideas in a discussion may prevent making consensus. I notice similar tendencies in many situations; a small group of people (inner circle) meet and make decisions without asking opinions from various stakeholders, and then they hold a formal meeting with all the stakeholders but at that point the decisions have already been made, and the purpose of the meeting is to communicate the already-agreed-upon conclusions.

Having a various ideas on a discussion table should be a good thing. If you are organizing a meeting, you invite experts to your meeting because you want to hear their ideas and come to a conclusion that is better than your own idea. If you invite stakeholders, you will have better buy-in from them because they are involved in the decision making from the beginning. Unfortunately, many Japanese people are not well trained to do discussions where multiple conflicting ideas are explicitly presented and discussed, and try to find a better conclusion than any one of the individual ideas. Probably we receive very little such trainings at home, school, or work. Because of this, Japanese people, especially those who are in higher positions, are unwilling to invite people with different backgrounds in complex decision-making processes, I think.

What should we do?

What can we do, or what should we do make ourselves more open to the global community?

Of course, we need to improve our English communication skills. Today there are a number of means to learn English, for example, via podcast, so we should make use of them. But English proficiency alone is not enough. In business conversations, people are talking to me because I have something valuable to them. If I have nothing to offer, they have no motivation for engaging in a conversation with me even if I am good at speaking English. I believe that for a better English communication, being a capable business person is more important than being a fluent English speaker.

But even more important is diversity. I would define diversity as respecting differences. If we respect differences, we will be willing to listen to others with other backgrounds.

Sometimes it is not easy to respect and accept different ideas. When presented a completely new idea, we may not be able to understand the merits and risks associated with it. Suppose I am chairing a meeting. There are two ideas, X and Y, being proposed. Idea X is from one of my staff and I understand its values and limitations very well. Idea Y is, on the other hand, is proposed by somebody outside of my group (such as a foreigner). It sounds a good idea but I do not have enough information for evaluating its values and risks. Which idea should I discuss in more detail as a candidate conclusion? Which idea should I take if there is no clear advantage in one over the other?

I would argue that if we do not know if a new idea is good or bad, we should assume it good unless proved otherwise. This practice is in a sense a generalization of affirmative action. The word "affirmative action" usually refers to a policy that actively favors minority groups. Here, I used the term to mean that we should actively favor ideas from people outside of our own group. This is a policy to minimize the risk of overlooking something very valuable simply because we do not understand it
very well.

If we apply this policy in daily discussions, different ideas are more welcomed and the decision-making process will be much more open. To do so, we have to change ourselves -- we have to always ask ourselves if we are practicing this generalized affirmative action.

In the '70s and the '80s, many Japanese enterprises were expanding their markets and operations to abroad, and we were automatically assuming that Japanese society would be much more open and global. Perhaps we have abandoned the effort to be more open and global sometime in the '90s. Without waiting for the warning from people like Ivan Hall, shouldn't we start the globalization effort again as individuals? 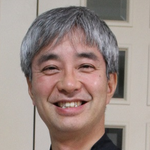